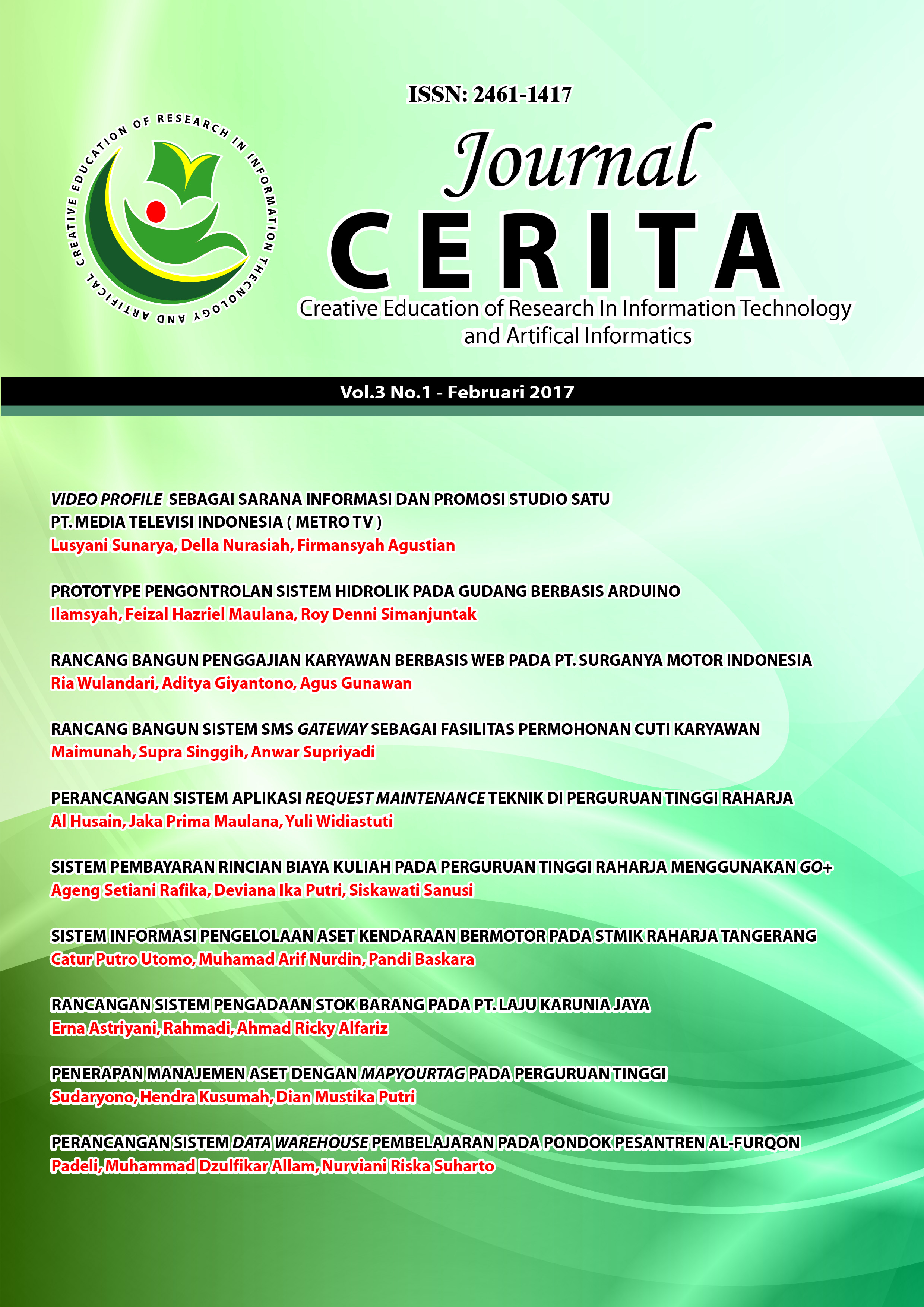 Along with the development of the automatic control the world of technology at this present time, making the control system automatically helps a person to ease his work. A lot out there who already using a wide variety of automatically working systems. Automatic control system now can make various kinds of variety such as controlling hydraulic system automatically to avoid flooding. This control is done using an Arduino microcontroller and ultrasonic sensors, which the microcontroller as input media program that will be in the process and ultrasonic sensors to measure the distance of the water level. The method used to design the hydraulic system uses a flowchart, The hardware used includes Arduino Uno, Ultrasonic Sensors, Motor-drive (DC), Lamp LED, buzzer and several other electronic devices. The design of the hardware using the Arduino Uno as a medium to instill the program and software design were performed using of Arduino . Automatic control is intended to avoid damage to the goods caused by flooding.

Most read articles by the same author(s)